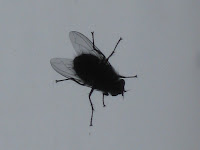 Mother-talk and rather cliche, but I will venture that both of my girls can fly. Cate flies in recognizable ways - her charm and wit take her up. She glides when she smiles and sings, when she reaches to bring others up with her. Her kind and encouraging ways are easy to identify, her curious mind is a clear signal of the intention to fly higher. She has grace of her own making, fueled by a willingness to challenge what doesn't seem just in the world. She leaves a jet stream of promise behind her.

People often miss Addie's flights. They are looking beneath her, expecting her to stay on the ground, to need their help and patronization to move a few inches across the earth. But they are not seeing her, they are seeing what they expect of her. If those eyes were raised, they'd just catch Addie's little curly-toed feet carried up and away by her own power.

She fights for everything. She fights with a patient smile and retractable displays of interest. If you won't see her clearly, she refuses to see you. When she ignores those who expect little of her, it is taken as evidence of intellectual blockage on her part. And Addie lets them take it that way. In this, she takes wing. She flies too high for the underestimators to note. They are of no use to her.

Children of diverse physical and/or cognitive functioning are constantly evaluated, assessed, tested. Addie launches above this testing sometimes, deeming it out of context and irrelevant. Often, that is indeed true. She flies again. When she is not being tested, when she feels the faith someone has in her, when she trusts they will raise their eyes to meet her where she is; she delivers. Not an incremental piece of progress towards the goal, but a huge chunk of mastery that proves that even when we said "she can't," she clearly could, but chose not to. And we see this amazing and seemingly sudden feat as whole, not as small attempts. We give her a bigger wad of credit - a larger slice of belief-in-Addie pie - each time she chooses to unveil her potential for believers in these sweeping ways. Thereupon, she takes off again.

For us, her family, the metaphor of flight edges as close as it can to literal when Addie is in the water. She has a control in there that she doesn't have on dry land. Her composure is nearly regal, her wingspread strong and wide. When she lifts her head out of the water, her expression doesn't change - the dauntless beam from underwater rises with her, half moon eyes and cheeks dripping water and temerity. She kicks at us when we hold her in water too deep, small nudges to tell us that she'd like to try on her own. For a long time, we saw only what we feared. We did not let go as she asked, we did not let her try.

But we didn't know back then that she could fly. 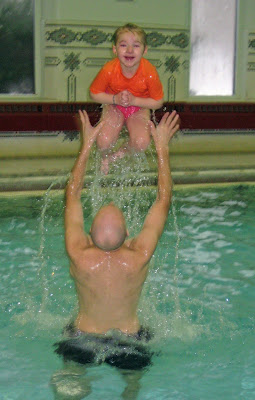 Now we know. And as with Cate, my husband and I are just here to toss our girls up and honor their individual flight patterns. We stay on the landing strip to catch them, fuel and detail them during periodic stopovers, preparing them to ascend again.
Posted by Terri H-E at 7:34 AM

Keep flying Addie. I'm looking up at your flight pattern and it is beautiful!

Teri- what an amazing writer you are! You have such a way with words. Hope to be lucky enough to meet you and your family one day!

I love that image of "underestimaters" not seeing her as they are looking to low down, and if they did look up, they wouldn't see the whole of her, but just her toes as she is flying so far above their expectations. Exquisite.

I love you Terri!!

I love you too. You always touch me with your writing. Amazing mommy you are..

Thanks for sharing your beautiful and inspiring words..again..you're so blessed! Loved it!! :)

These words you write are the reasons why I love you. You teach me how to view my world differently everyday...for that, I thank you.

You teach me so much Terri! Thank you! Kelly F 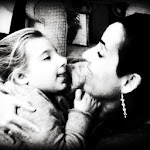